...and then finally I painted another vehicle for the legio prometheus pulp alley league, a pretty Light Tank L6/40.
Initially I bought this tank with the idea of do a conversion with the Company B Valkyrie Walker and create an italian Walker.
But the conversion was harder than I have planned and I was not sure to do a good job, furthermore I felt it was a waste to sacrifice a so cute tank for a conversion, then I decided to left the tank unchanged and paint it. It is fine without any changes. I simple will use the Valkyrie kit with an easier conversion, just adding an italian turret to the hull and some minor changes to give an italian look. 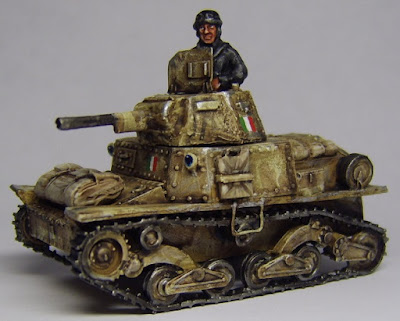 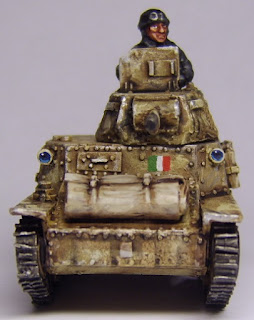 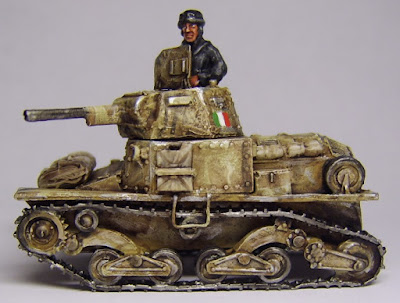 Posted by Katsuhiko JiNNai at 00:40 2 comments: 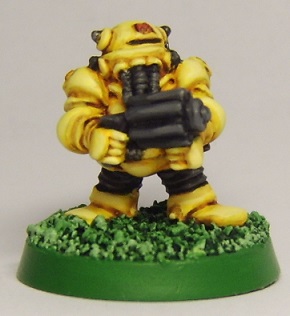 Posted by Katsuhiko JiNNai at 14:52 No comments:

Here another miniature I painted for the sensei warband. I could nickname him "Starlord" ;) 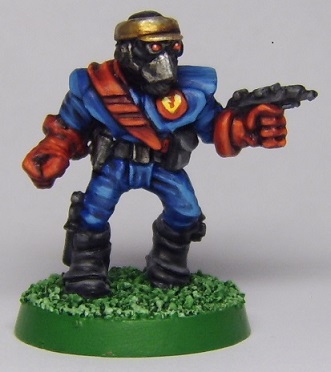 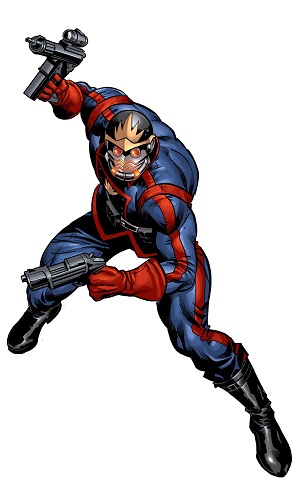 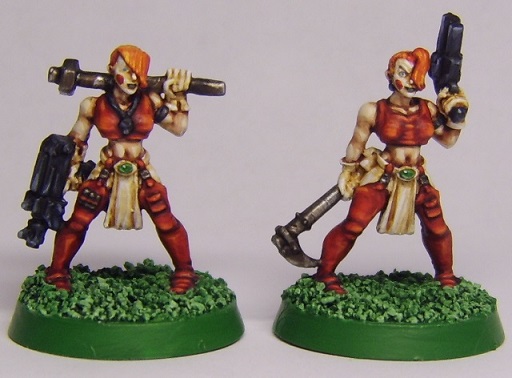 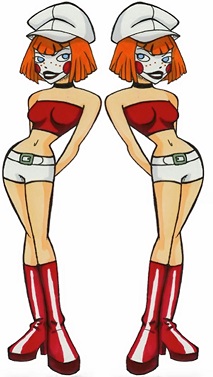 Posted by Katsuhiko JiNNai at 23:31 No comments:

and then Harley Quinn join the Joker :D 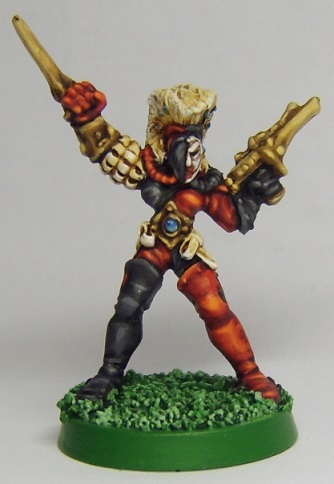 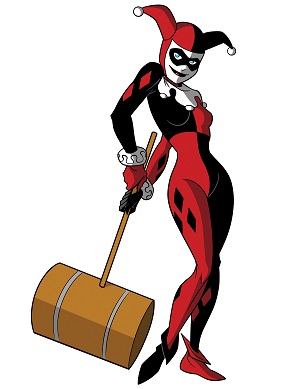 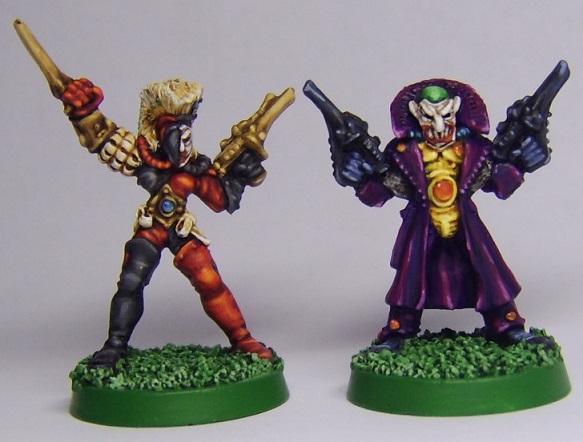 Posted by Katsuhiko JiNNai at 23:38 No comments:

Here the last miniature I painted, an harlequin avatar with the paint scheme of the DC animated Joker :D
I suppose it's not the first time that somebody have the idea of paint this citadel guy as HIM ;)
I will paint more Jokerz, at least other 3 models for the warband I'm planning :) 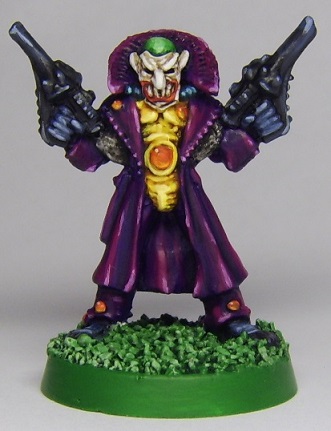 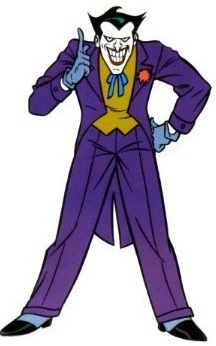 Posted by Katsuhiko JiNNai at 00:19 No comments:

After a long break (I was painting pulp miniatures and commissions) here my Genestealer Cult Magus and his familiar that will join my growing cult: 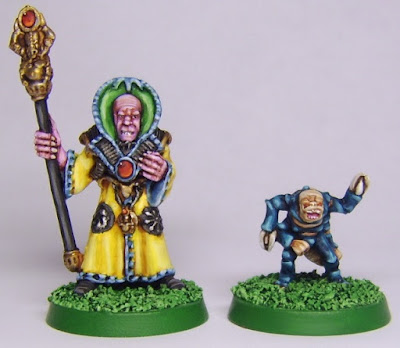 Posted by Katsuhiko JiNNai at 16:16 No comments: 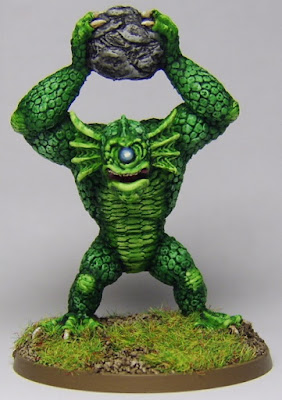 an overview of the Amazon's army:

Posted by Katsuhiko JiNNai at 14:16 No comments:

Battle Report: The Strangers from the Stars

Here my first Rogue Trader game using Pulp Alley rules.
This time I played with another player, not a bot league as usual ;)

Somewhere in the deep jungle of Lustria in the World of Warhammer....

"My name is  Zyanya, daughter of the amazon people of Lustria and Champion of Slaanesh, and this is my tale...
One night the strangers came and found me. Their leader said to me that he was hunting a treacherous Sorcerer of Tzeentch that found refuge in our lands...
I agreed to be their guide, but for a price, they should help me to save my favorite slave from the hands of my sisters...
My warband betrayed me, they wanted to sacrifice my favorite slave to our God.
I could not permit it, she could serve better our Pleasure God with her life than simple die in a trivial blood sacrifice.
I said to them: We are not Khorne followers! But they didn't listen to me and fled with my precious blonde treasure.
The leader of the strangers was doubtful about my reasons but accepted my agreement and I joined their warband.
Now we are hunting together the same prey... but the spoil will be only mine..."

The Fellowship of the Broken Hearts
Perk (4): Company of Heroes, Greater Purpose

in the scenario set up, the good guys league gets a backup:

Altar of Sacrifice with maiden in peril as major plot point. The Amazones of Lustria as aggressive Bystanders.

overview of deployment of the leagues:

"We found my treacherous sisters, they were yet ready to sacrifice my beautiful slave on an ancient altar...
but the Gods were playing with us and we yet met the hated foe of the strangers too.
The Sorcerer of Tzeentch and his followers were advancing towards my sisters...
Maybe the Sorcerer had my same goal... Who could know how work the mind of these enigmatic servants of Tzeentch?"

"The Tzeentch Warrior with eagle face and flamer body slowly moved toward one of the ancient altars. However a mighty guardian was waiting for him."

"The Sorcerer said something to his followers and with silent discipline they moved to the ruins of a ancient temple. The Sorcerer himself found a relic that would be added to his collection"

"Then it was our turn... I immediately climbed the rock, ready to challenge my sisters and so recapture mu spoil. Two of the stranger were faster as me and climbed the rock without difficulties.
The Knight with Red Armour fired with his powerful weapon but my sisters were lucky enough to avoid any damage... Was Slaanesh blessing them? Could it be that I was wrong in understanding the will of my God?"

"The leader of the Strangers moved and found a relic.
Then looked to his next target: the Tzeentch Warrior and the altar near to him."

"The Sorcerer spoke again and his servants followed his orders without hesitation.
The heavy Tzeentch Warriors moved near the ruined temple but the witches were faster and ran inside it. The small familiar ran at higher speed, but he seemed undecided.
The Tzeentch Warband was waiting the right moment to hit."

"The lone Tzeentch Champion tried to conquer another relic for his master, but failed. The Black Panther distracted him."

"I took the opportunity to free my treasure and quickly I did it... but a insidious sister attacked me and I was hurt by her spear. However my will was still strong and I did not surrender to her. My allies made their move too. The Red Knight moved and fired to the amazones and at least one of them was defeated. The Elf challenged one of my sisters and later another one joined the fight. The elf was fierce and one of his foes fell, however she was not yet defeated...
The Sorceress failed to submit the Red Knight with her spell and looked with concern to me..."

"Meanwhile the leader of the Strangers ran, with the clear goal to defeat the lone Tzeentch Champion and get his reward."

"The lone Tzeentch Champion tried again to win his challenge with the mighty black panther but he disappointed again his master. Then the small familiar ran to offer assistance to the clumsy warrior."

"The Sorcerer was clever and found another precious relic inside the ruined temple.
The Tzeentch Warriors moved and wainted the right moment to fire.
The Witches could not wait, and launched their Fireballs against the elf and the two amazons.
Then another amazon was defeated, thanks to the strangers' foes."

"Maybe the God of Pleasure was dissatisfied, because my opponent defeated me with a strong blow.
I was disappointed of myself. I failed to regain my trophy. I hoped that my allies could win without me. Seemed that my hopes were well placed, because the strangers defeated the Sorceress and another amazon. The leader of the strangers moved again, finally he was close to the Tzeentch Champion now..."

"The Tzeentch Champion tried for the last time to win the challenge, but the Black Panther was stronger and he was defeated. He only survived because his armour saved him. The familiar could not help him and without an armor to protect him he was doomed.
Then the leader of the Stranger moved and succeeded where his foes failed."

"The Red Knight moved to help my slave, but was attacked from the last amazon.
The Sorcerer and his warband moved and fired to the Elf, he could not match the fire power and he was defeated."

"The leader of the Strangers finished the Tzeentch Champion without worry about the Black Panther.
He really was a mighty warrior, a proud example of martial skills. I felt admiration for him."

"The triumphant leader of the Strangers moved, ready to open fire to the Sorcerer, but the fate was adverse and the mystic powers stopped him..."

"The way was free for the Sorcerer of Tzeentch, he could yet savor the taste of victory...
but Tzeentch is a capricious God and my beautiful treasure was lucky enough to escape from the sorcerer's hands..."

"The Witches moved and tried to use their fireballs to crush their last foe, but he was too stronger for them."

"I was sad, and feel ashamed of my defeat... How I could disappoint my God and myself?
At least my favorite slave took advantage of the battle to escape, I could not capture her but she was alive, for now...
Nobody won and the hunt was still open..."

Posted by Katsuhiko JiNNai at 18:25 2 comments: 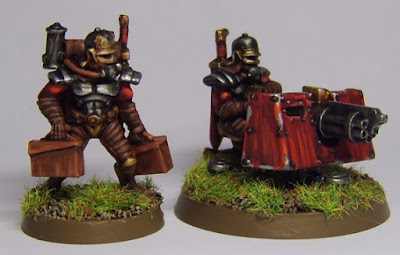 Posted by Katsuhiko JiNNai at 14:00 No comments: