ASoBH Battle Report: The Treasure is MINE!

Two days agos I played a scenario with Advanced Song of Blades & Heroes.
The scenario was simple: there was a treasure to take (two actions) and bring it out of the player side of the table.
It was hidden inside one of the three markers on the board, it could be found with a roll of 5-6.

The Treasure is MINE! 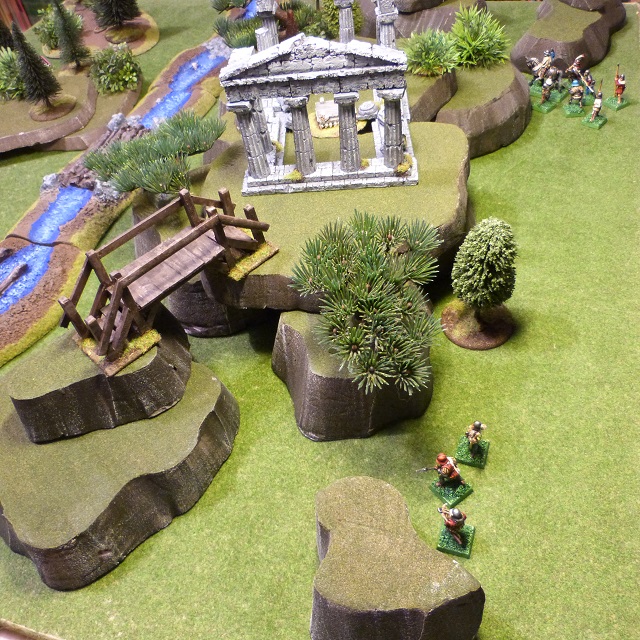 WARHAMMER Border Prince Background:
Somewhere near Arnalos, the Candy Warriors were approaching the ruins of a Reman Temple.
The small dark skinned familiar with joy turned to his master.
Toffee: "We found it Master! The ruins of the ancient Reman temple are there! If we find some jewelry can I have it? I like them!"  😍
Sacher Torte: "Toffee, my little sweet pet, how I could deny you some nice gifts?"  😊
Yuda: "Master Sacher Torte, some boring men at arms are coming..."
Sacher Torte smiled: "Then we will enjoy their company..." 😉

meanwhile the warband of the Border Prince was not far from the ancient Reman Temple.

Lord Roberto Strahlend was leading is small warband of men at arms.
He was sure that the province of Arnalos would become part of his domains.
Lord Strahlend: "Look, my brave men! The ruins of an ancient Reman Temple! We must explore it! A rich booty await us!"
His men exulted.
Gernandt interrupted the exclamations: "My Lord, some chaotic followers are approcing the temple!"
Lord Strahlend: "How dare they try to steal our booty? They will be punished!"
The men at arms exulted again and marched toward the temple.

The board with deployment of the warbands.
The Candy Warriors Warband had the initiative. 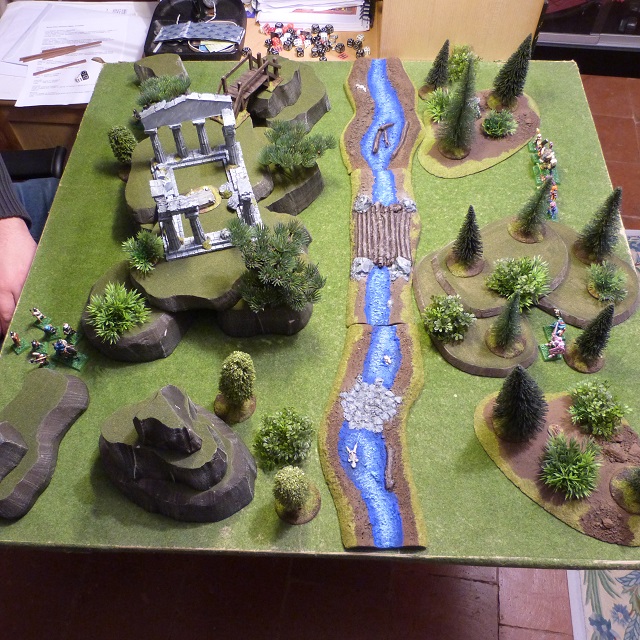 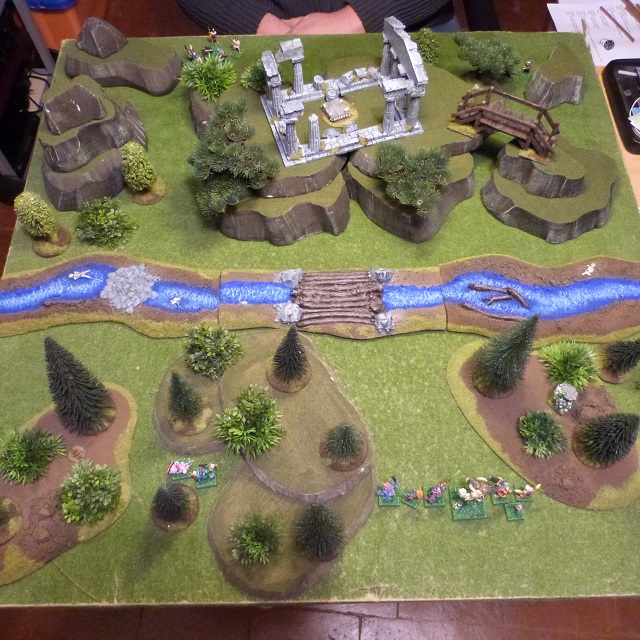 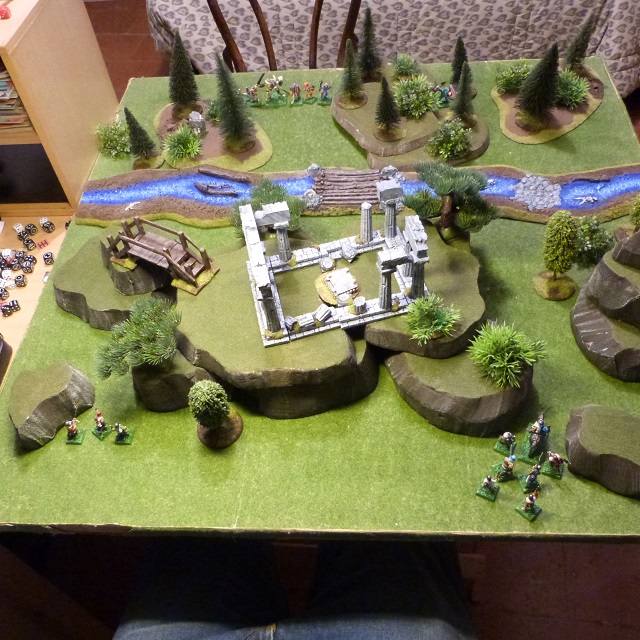 The armored man at arms with red helmet and halberd is not included in the army list. 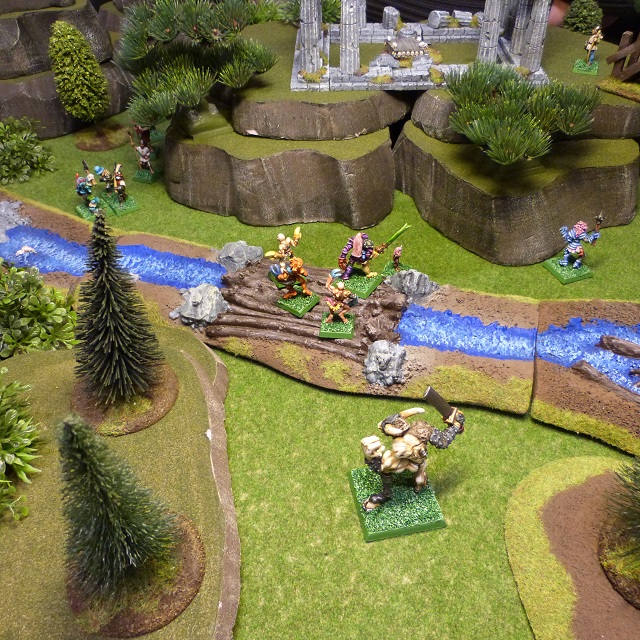 The Candy Warriors found two of the markers empty, then the treasure is inside the Temple!
Gernandt don't waste time and run toward the ruins of the Temple.
Gernandt: "I'm near the ruins! Soon the treasure will be ours!"
Sacher Torte: "This is not good... the pitiful archer is nearest to the ruins... we must stop him..." 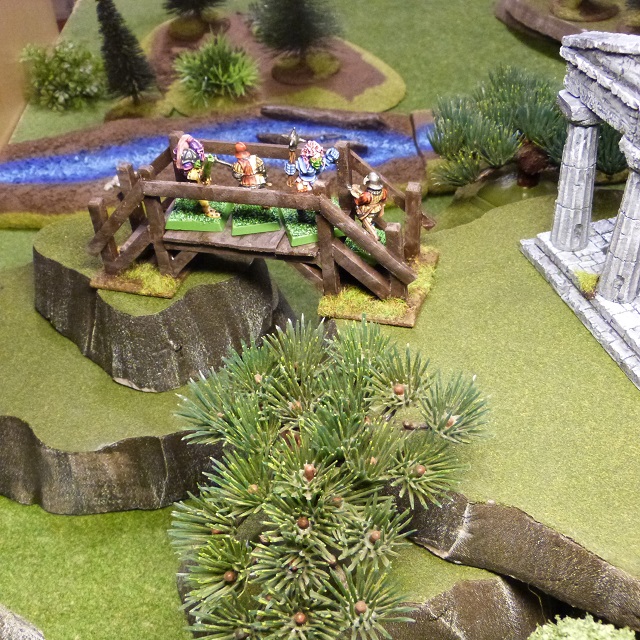 An hard fight is done over the bridge.
Galeno: "You will not pass!"
Sacher Torte: "You are a courage but fool man..."
The crossbowman will be KO, but Galeno despite defeated by Sacher Torte, will not be KO. 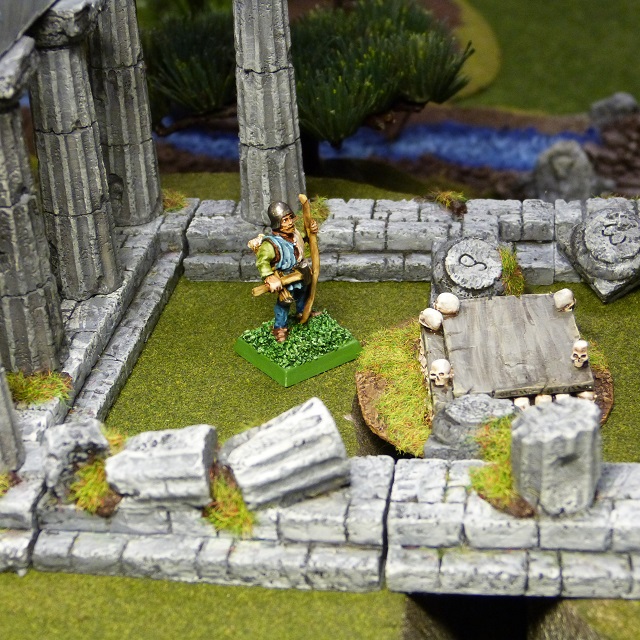 meanwhile Gernandt take the treasure.
Gernandt: "The treasure is ours! Now I must flee before the chaotic followers could reach me! 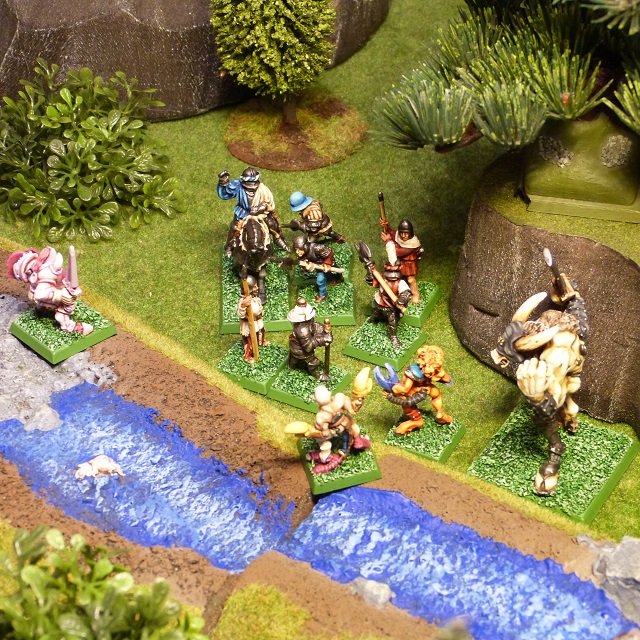 The two warband clash In the narrow passage. A Chaos Warrior and a Daemonette are KO.
Lord Strahlend: "Continue to fight my brave men! The victory is near! Our good Gernandt took the booty, we must resist until him move away!" 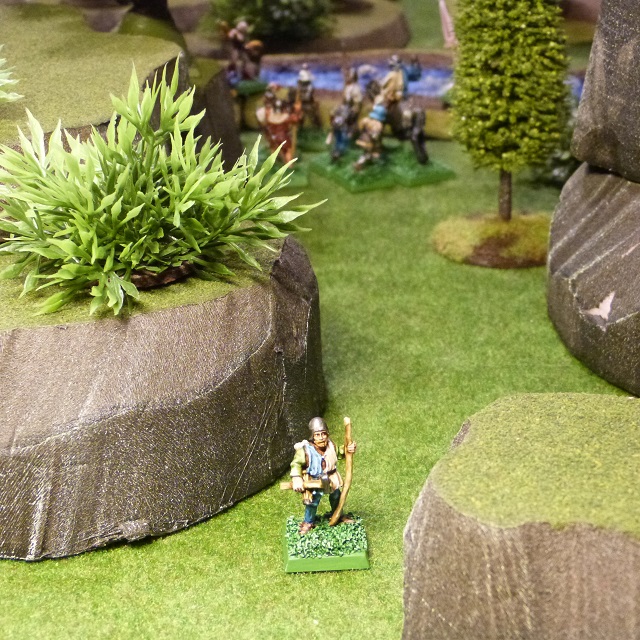 Thanks to the cover of his comrades, Gernandt could run away with the booty.
Gernandt: "I'm safe! Lord Strahlend will be pleased."

The Border Prince Warband won the scenario gaining 5 victory points for the treasure and 3 VP for the defeated Chaos Warrior and Daemonette.
Posted by Katsuhiko JiNNai at 17:27