On 25-26 July there was a really small event in my italian province: Vinadio Comics
https://www.facebook.com/events/408783912631090/ (there you can find some pictures of cosplayers, games and more, only in italian language)

The event was done inside the fort of Vinadio, a really small town between the Maritime Alps of Italy (904 meters of altitude).


Then I've done my pulp alley demos during the event. I was there in 25 july from 15:00 to 19:00 p.m.
I was inside a big room of the Fort of Vinadio. The "Area Games".
Four players were available and both enjoyed the game and played until the end of the scenario.
I used my COBRA & Gi Joe Leagues, they are yet available in my older posts from the blog... and while there I was crazy enough to wear my COBRA Commander costume too, leading the players during the games :D
Here the pictures. Strangely the COBRA wons both the games 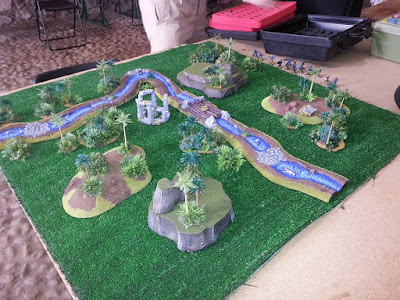 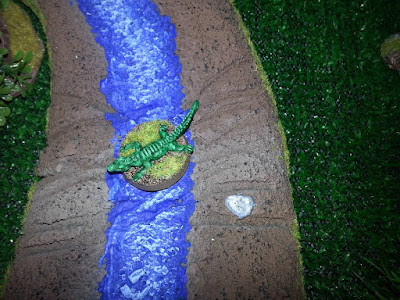 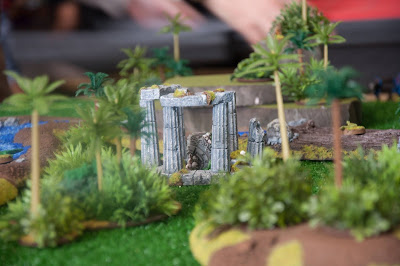 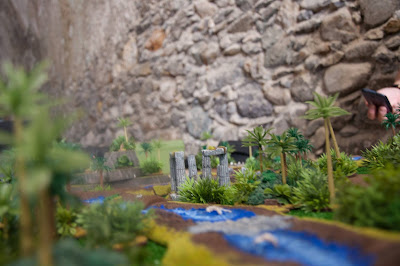 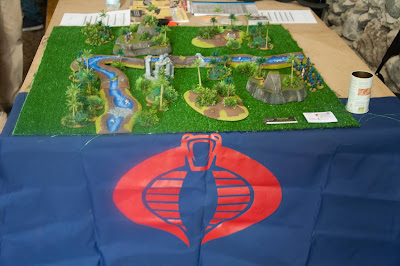 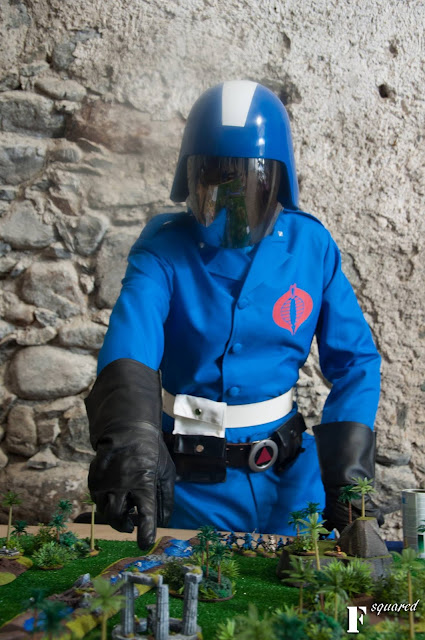 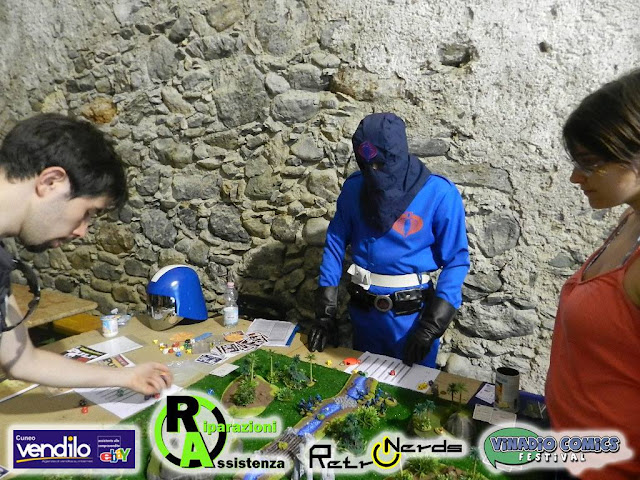 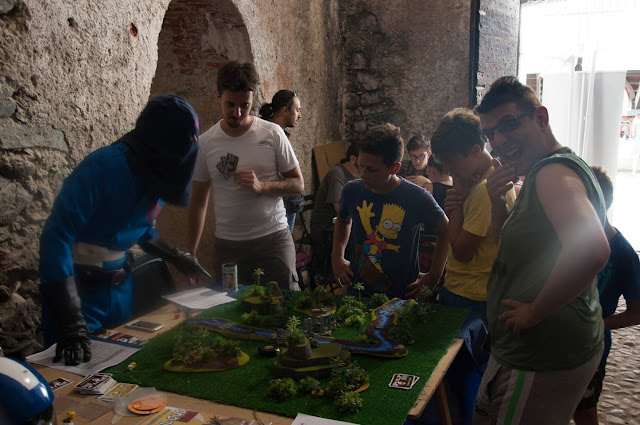 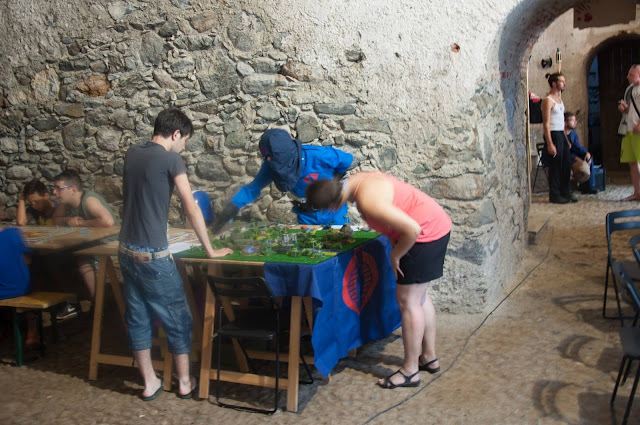 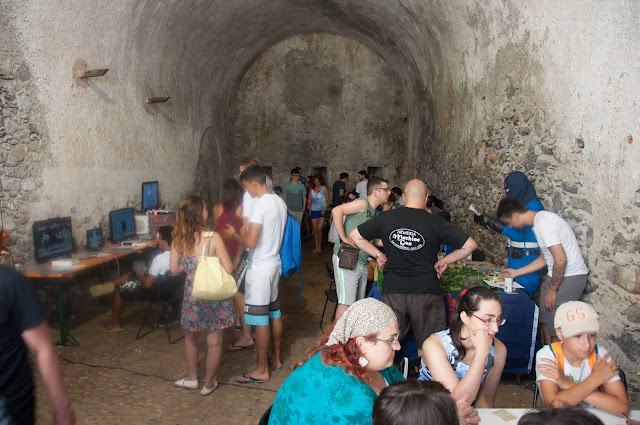 During a break, I found a "Visitor" and done some photos with him too: 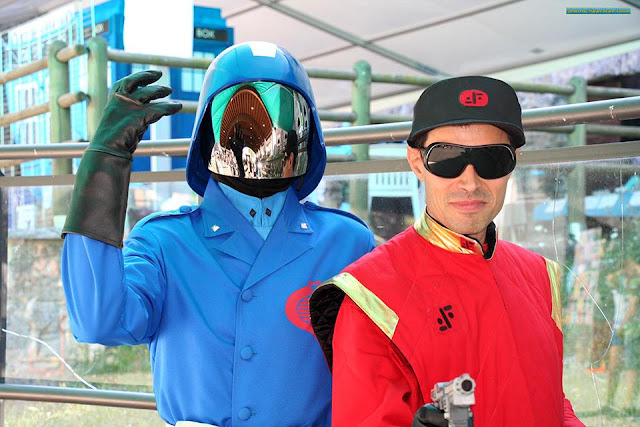 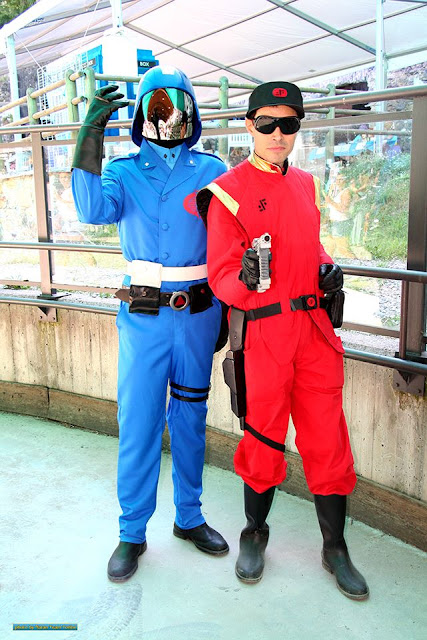 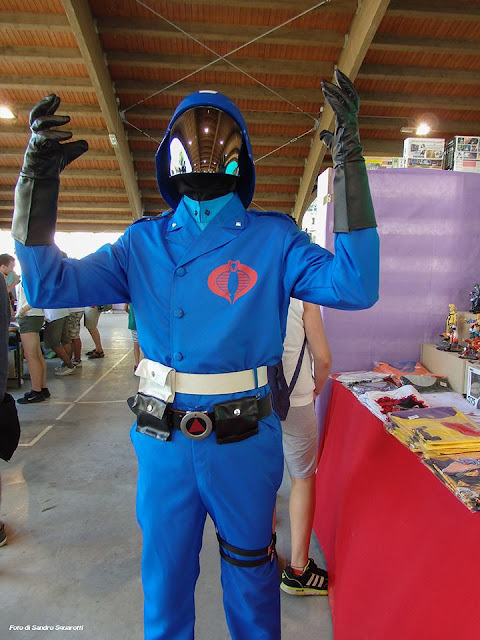 The last Sturmtruppen Orcs and a Troll for the bloodbowl team I painted as commission for a friend.

Posted by Katsuhiko JiNNai at 15:53 No comments:

After including the pictures of my brotherhood, here something about the Dark Legion.


Golgotha, Nepharite of Algeroth (vintage model from half of '90 years)

Ilian Templars (vintage miniature end of '90 years, I use them as necromutant leaders)

Starter Set of the Dark Legion

Posted by Katsuhiko JiNNai at 11:32 No comments:

Im' a nostalgic fan of Mutant Chronicles from 1994-98 Target Games age. Warzone was my first wargame, later I played to WH40k, Warmachine & Hordes, LotR, Bloodbowl, Impetus and Mordheim... but WZ was always my first love ;)
So when Warzone Resurrection was finally available, I decided to play again in the dieselpunk/gothic universe of MC, using my loved Brotherhood. Here some miniatures I painted last year.

the "Sheriff of Luna", The Cardinal Dominic:

the  "light walker" Judicator. I've painted it with the classic paint scheme of the Inquisitors (black/red):

The Judicator is a cybernetic combat walker. When a member of the Second Directorate (with some art powers, usually Inquisitors) is crippled in combat the brother's body will be transferred into a Judicator, so he can fight again the Dark Legion. (like a SM dreadnought)

Posted by Katsuhiko JiNNai at 15:40 No comments:

Here my  300pts Parthian army for the historical wargame Impetus:

Plastic miniatures by Zvezda and HAT.
Posted by Katsuhiko JiNNai at 14:49 3 comments:

Commissions for a friend

Some miniatures I painted for a friend (player of mordheim like me) as commissions:


a female half orc WithHunter

a Banshee and a WitchHunter for my mordheim bestiary:

Posted by Katsuhiko JiNNai at 22:59 3 comments:

Some monsters for my mordheim bestiary

Posted by Katsuhiko JiNNai at 17:20 No comments:

A vampire lady (Vampirella?) and her vampire thralls for my mordheim bestiary:

Posted by Katsuhiko JiNNai at 13:32 No comments: