Here the Tzeentch Warband I painted some months ago.
For my champion I chose the 1994 Aekold Helbrass miniature, all the miniatures will be 4th edition dark elves, painted with oldhammer tzeentch paint scheme.


Background:
My name is Moserath from the House Uthorin.
I was destined to become a member of the feared and respected black guard at the service of our Priestess-Queen Rhudd Cynhaeaf.
But the Lord of Fate, Tzeentch, had planned a different destiny for me.
Now I follow the path that HE showed to me.
Follow a GOD whose gifts are generous is far greater reward than only be the servant of a mortal Queen.

The Beginning: Moserath was an aspiring Black Guard of the Dark Elves.
During his training, he received the call of Tzeentch come from the realms of chaos over the watchtowers.
Before completing the bloody ritual that would make him a black guard, he betrayed his oath to the Witch King.
Three fellow black guard trainees joined him.


Moserath the Guard of Change, Champion of Tzeentch,
also know from the dark elves as "the Black Guard Renegade"
Dark Elf Hero 15 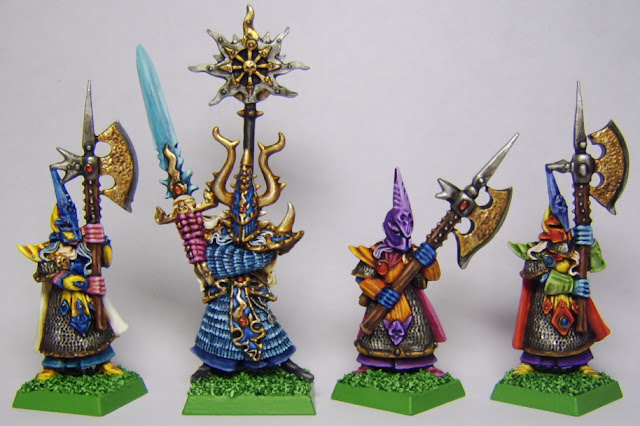 Moserath and his body guard of dark elves

More miniatures that I will include in the warband during the narrative campaign: 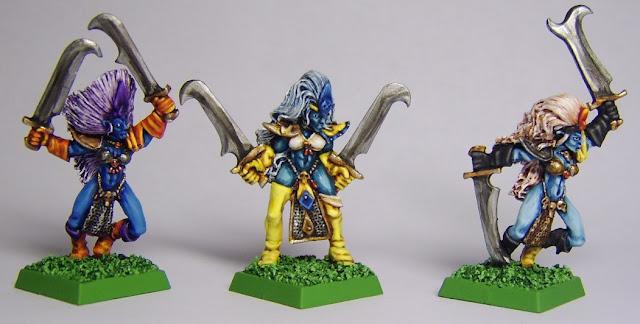 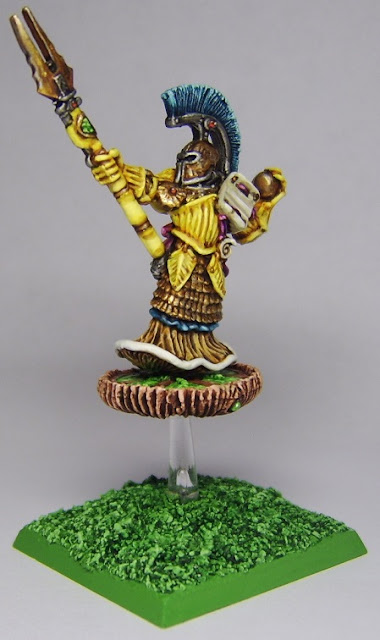 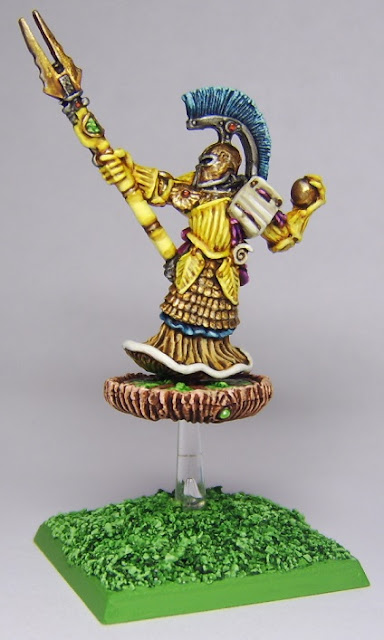 Tzeentch Sorcerer with Tzeentch Disc
Initially I wanted to use this model in the dark elves warband, but now I think I will create another tzeentch warband using just OOP 3th edition chaos models where I will include this tzeentch sorcerer.

A picture of the warband with sacred number 9 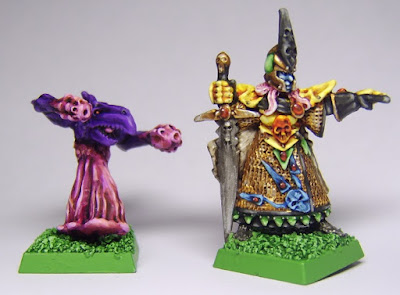 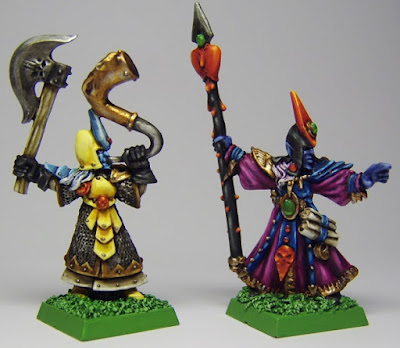 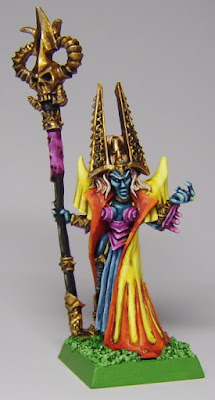 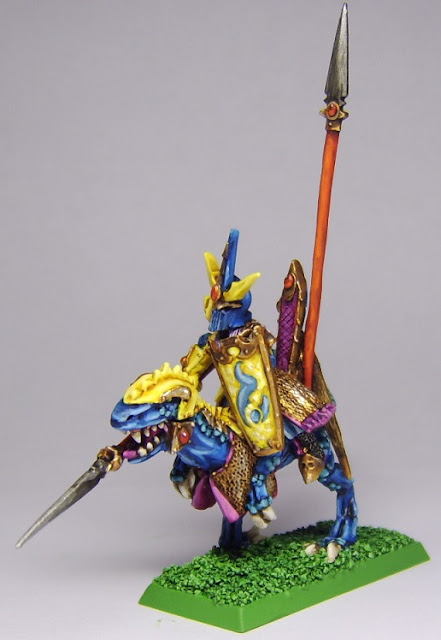 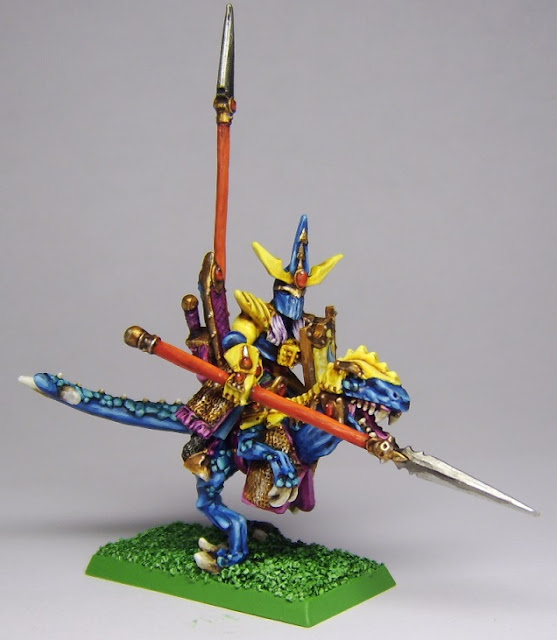