Nothing of special, just some minor changes to some yet painted miniatures.
I just added some few more highlights (one or two) to my Crimson Guards and their Commanders, to give them a brighter look. 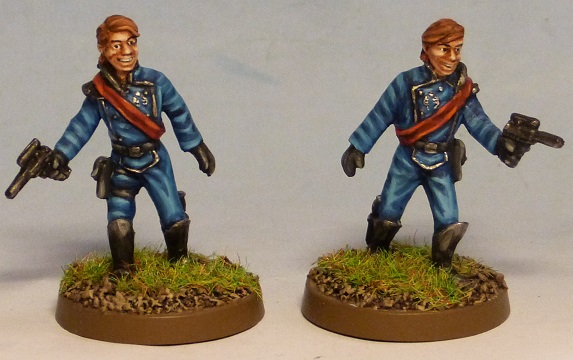 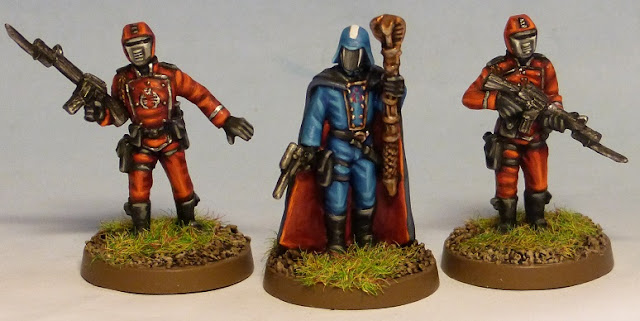 Crimson Guards with their Commanders.

Posted by Katsuhiko JiNNai at 00:42 2 comments:

I painted the other snow serpents, here the squad of four troopers:

Posted by Katsuhiko JiNNai at 20:51 No comments:

Here the first of the four Snow Serpents I'm painting. 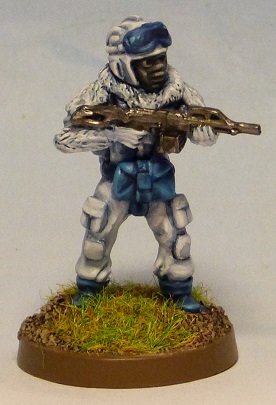 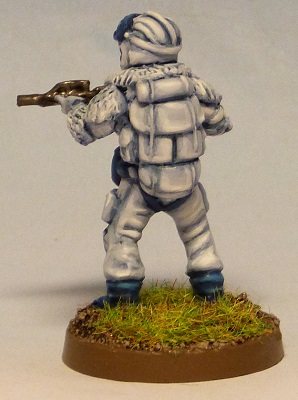 I painted it ispired by its classic paint scheme: 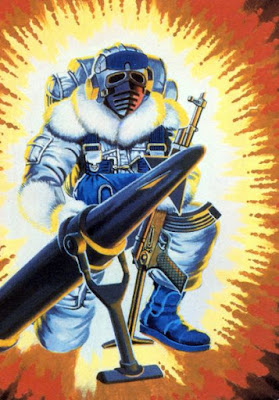 After a long break painting Warzone miniatures I did some few changes in my G.I. Joe cobra trooper's squads. I painted 3 more variants of cobra troopers for the "elite" squad and partially repainted three of the old ones as regular soldiers, then now I will have 3 squads of cobra troopers and one of "elite" troopers. Here the pictures of the updated squads:

Some time ago I painted another hiss tank, and did some minor updates to the paint scheme, then here the group of all the Cobra vehicles actually I painted, Command Hiss tank and 3 Hiss tanks.

Posted by Katsuhiko JiNNai at 23:33 7 comments:

I painted the last 4 dragoons for my squad:

I painted a Bauhaus Dragoon Kapitan: 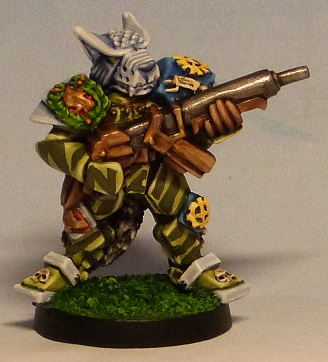 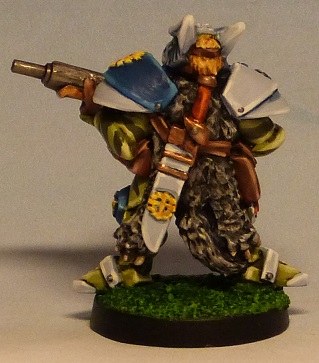 I was ispired by its official paint scheme: 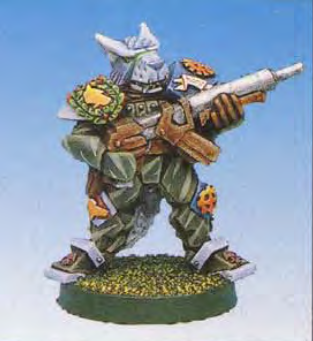 Posted by Katsuhiko JiNNai at 12:25 No comments:

I painted a Bauhaus Dragoon Sergeant: 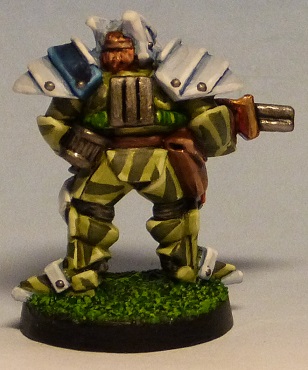 I was ispired by its classic paint scheme: 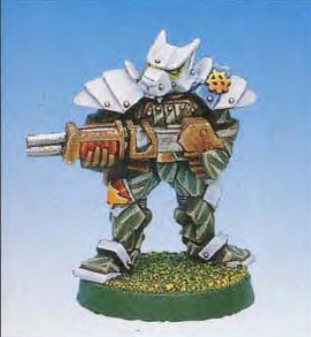 Posted by Katsuhiko JiNNai at 13:56 No comments:

I painted a 54mm resin miniature for a friend. I painted this figure with a more realistic style than my usual bright old school paint scheme. 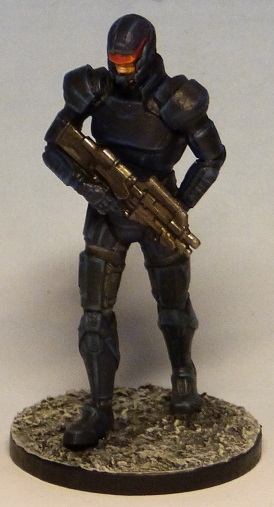 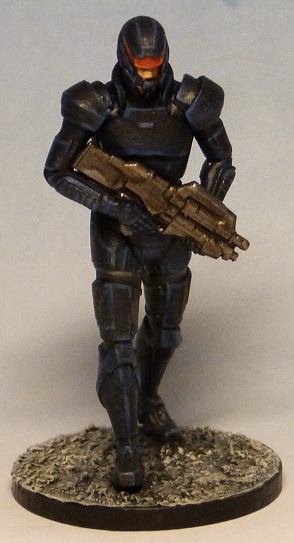 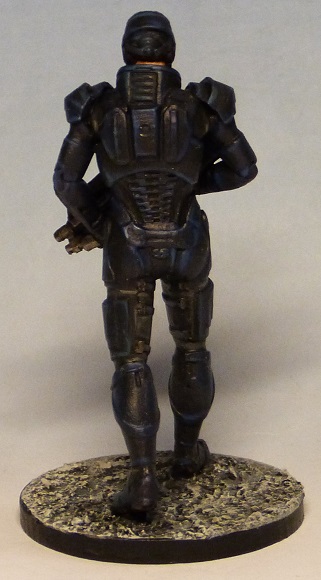 Today I played a Solo game with the expansion of Palaeo Diet: Pulp.
The scenario is simple: the Bauhaus Hussars must save a Cybertronic Medic (Dr. Diana) from the clutches of an Dark Legion Heretic.

Somewhere in Venus, in the dark depths of a northern forest...

Kapitain Mactus Weiss was annoyed. His superiors had agreed to the Cartel request in recovering a female doctor who had been captured by a heretic cult. Normally he would have been proud to lead a rescue mission, especially if the person to be rescued was a beautiful woman. However the woman to rescue was "Dr. Diana" just an emotionless clone from Cybertronic. He didn't like risking his men's life for a soulless doll, but he should obey orders. He hoped, at least, that the informations the doctor gathered was worth the risk.
"Well Kameraden, I demand a quick and clean action. We will save the "doctor" and return to base."

Overview of the board: 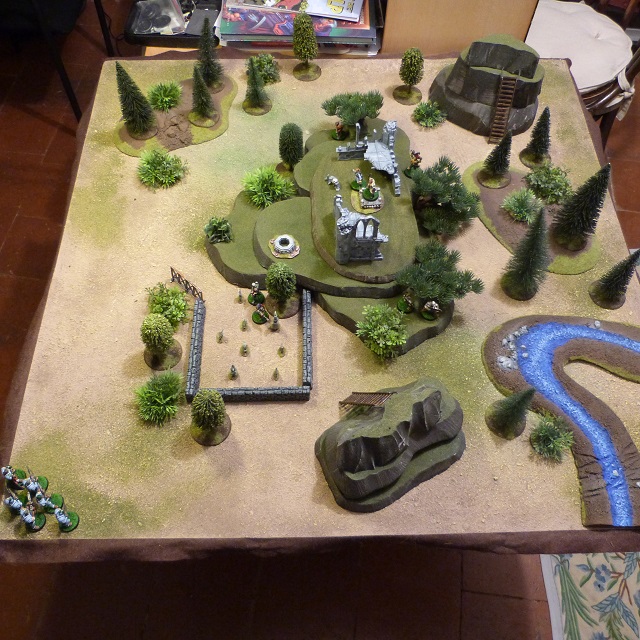 Dr. Diana and the Heretic Mazlo 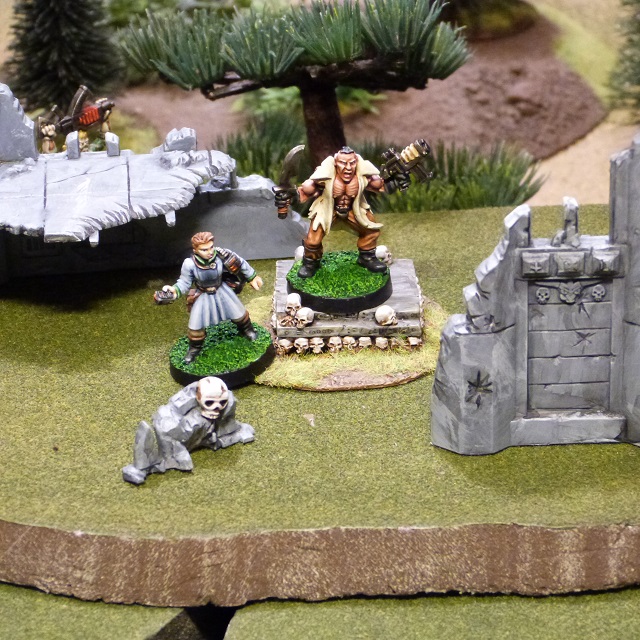 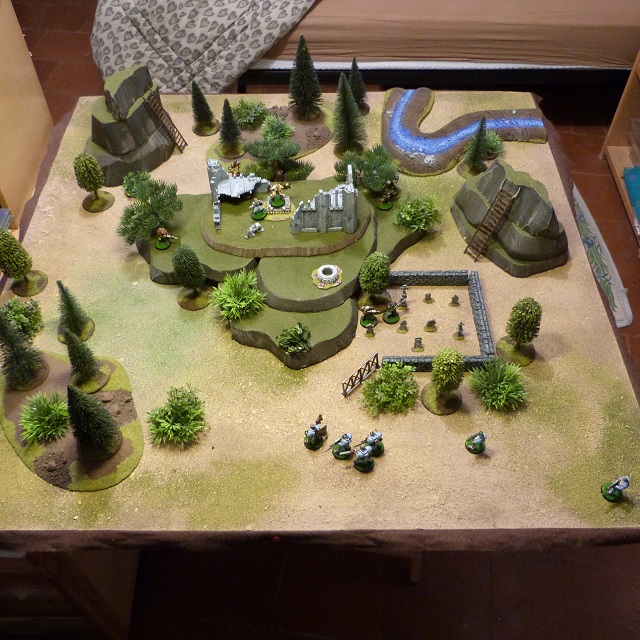 The Hussars move quickly toward their target for two turns, without encountering resistance. 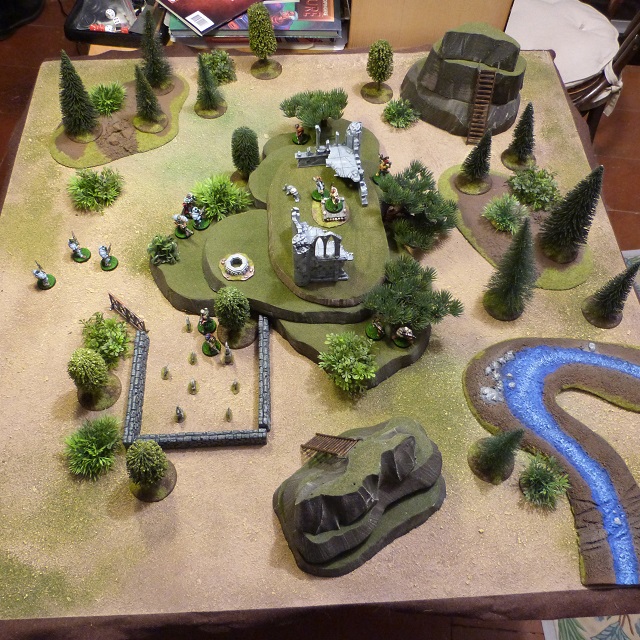 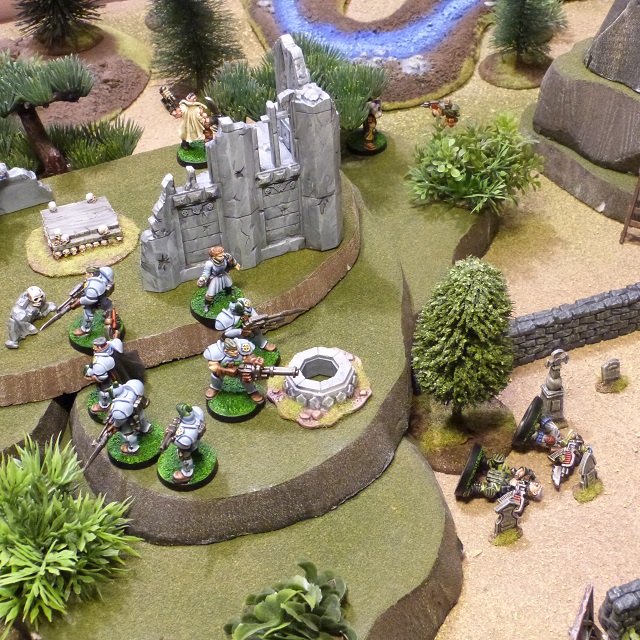 An Hussar reaches Dr. Diana and guide her to salvation. Meanwhile the other Hussars cover them and the Hussar with SMG open fire to two heretic legionnaires, defeating them. Mazlo and a legionnaire move away. 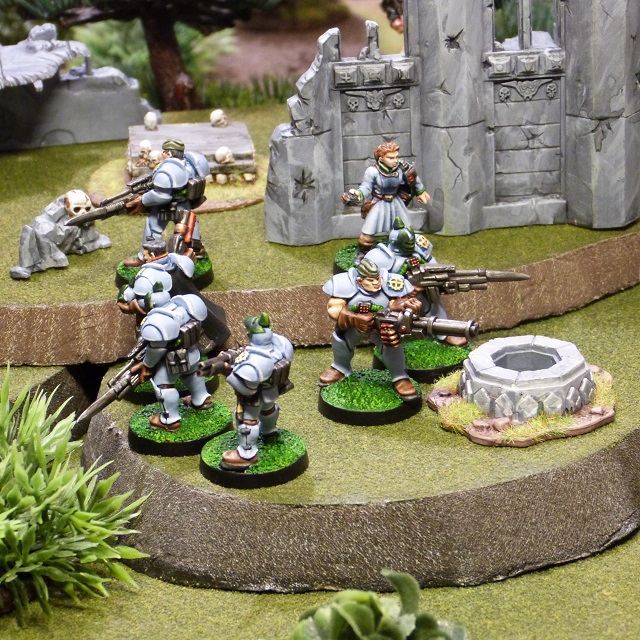 Kapitain Weiss: "Well done Kameraden! We are too fast and disciplined for this heretic scum, they are more cowardly than I imagined. Now we must protect the doctor until we will reach a safe place!" 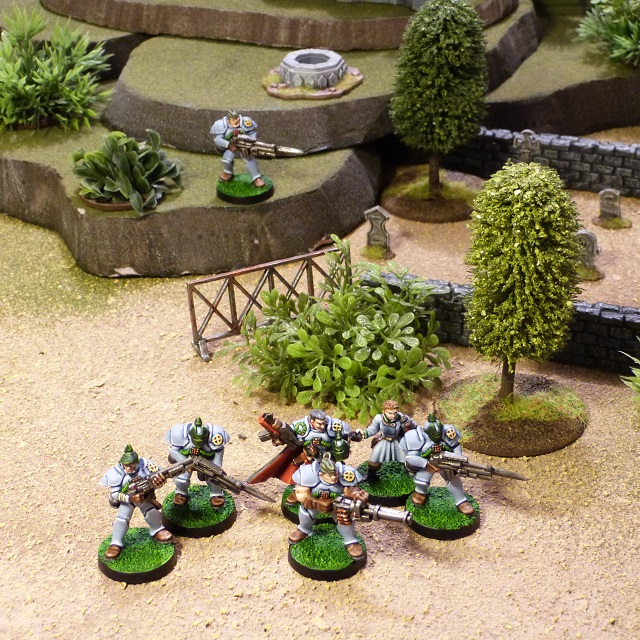 The Hussars continue their fast retreat, one of the Hussars is cursed and hit by a Heretic Legionnaire but survive the shot.
Kapitain Weiss "Move, move! They are reorganizing, let's not give them time to take the initiative. Let's retreat with our prize!" 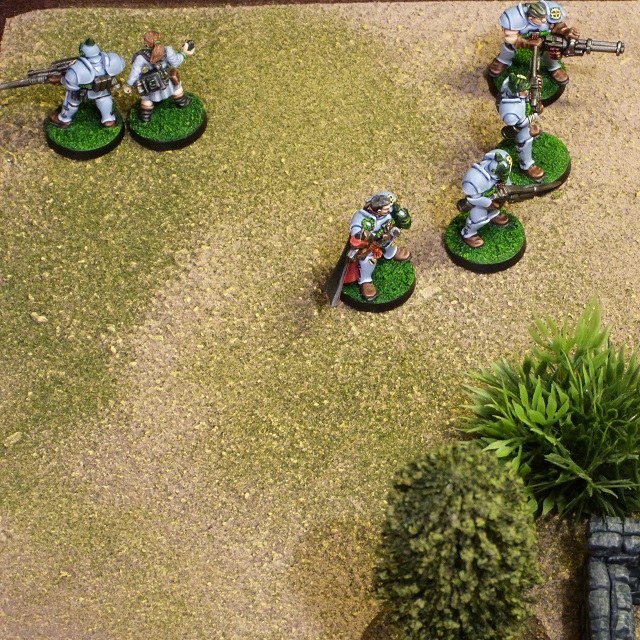 The Hussar and Dr. Diana reach a safe place, while the other Hussars cover their retreat.
Kapitain Weiss: "Mission accomplished. I am proud of you, Kameraden. We have accomplished our mission with the usual Bauhaus efficiency."
Posted by Katsuhiko JiNNai at 18:18 No comments: